The Rochester Technology and Manufacturing Association (RTMA) advocates on behalf of its members on state and federal issues that affect manufacturing.

Our manufacturing voices need to be heard to ensure that the legislative body hears a clear and consistent message.  The RTMA has streamlined this effort and you can read more about legislation affecting advanced manufacturing in our region. 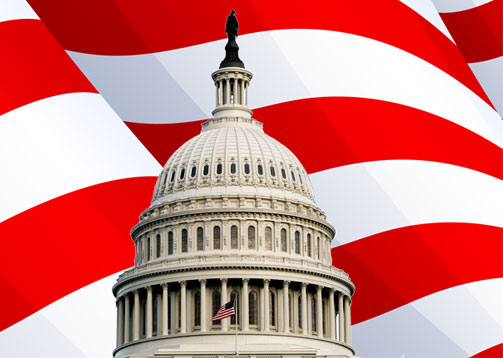 You can take action either in support of or opposition to legislation by just clicking here. You will be asked to fill out your name and company address, so your letter will go directly to your specific area legislators. Volunteering is optional.

Each year, the Alliance organizes Manufacturing Lobby Days in Albany, an annual two-day conference, and lobby trip for manufacturing executives from across the state. The purpose is to visit Albany to educate legislators and policymakers on issues important to New York State’s manufacturing sector.

The RTMA is also a member of the Coalition for a Prosperous America (CPA). National trade policies have caused significant damage to the U.S. economy. Rather than pursuing a national goal of balanced trade, government leaders have enabled the largest trade deficit in world history to occur. The result is economic decline, job loss, and the destabilization of American Manufacturing.

The RTMA believes it’s important to help elect candidates who reflect its members’ views. It does this through its Political Action Committee (Committee to Promote Upstate Manufacturing).

As appropriate, the RTMA alerts its members to legislative threats and opportunities. It encourages members to contact their public officials. In order to facilitate that process, a list of Federal and State Legislators from the Greater Rochester Area is provided below. Further, the U.S. President, Vice President, New York State Governor, and New York State Lieutenant Governor are also listed.

The 2021 Assembly and Senate General Conference Committee Appointments can be found here.

Designed and developed by